Good morning to everyone, I'm using the boxplot function as suggested in the RnaSeqEdgeRQL to show a summary graph of the quality of my input .FASTQ files, which contain my RNASeq input reads (Go to the Paragraph 'Accuracy of base-calling'). As you can see in the provided example, the x-axis shows the bases positions of the analysed reads. So, in the suggested example, with reads up to 100 bp in length, the scales ranges from 1 to 100.

I used the following code:

To get the resulting plot: 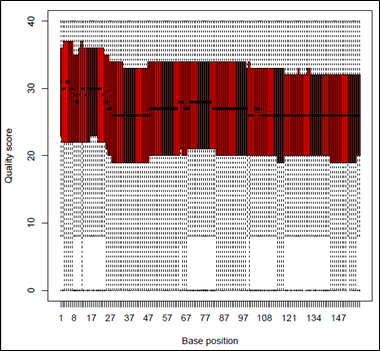 But my reads are longer than 150 bp... why aren't all the positions shown? Am I missing something? Could it depend on the previous qualityScores function? I get this warning. I don't think it's related since it involves the y-axis, but I'm reporting it anyway.

Any idea why my x-axis isn't complete? Thanks in advance!

Hello, I had already tried what you suggested, and oddly enough the x-axis includes a little more bases.. but it's still far from covering the full length range... In addition, the end part of the graph looks slightly different...

I'm going to attach a pastebin file of the first lines of my input FD.fastq file: as you can see, some reads are far longer than 161 bp... you can find it here.

The plot i get with the parameter nreads=105191 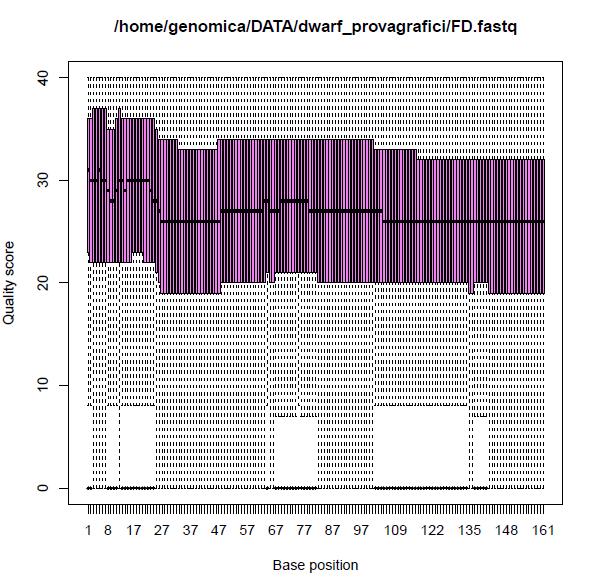 The previous one (I have just rerun the script) 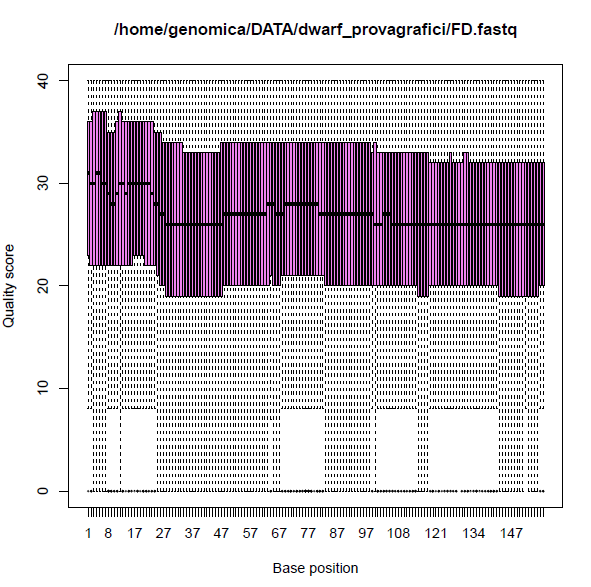 The problem is caused by the truncation of columns when qualityScores reads in the Phred score file generated by the C code. The number of columns in the returned score matrix is incorrectly determined by length of the first read in the fastq file, leading to longer reads being truncated. We will release a fixed version soon.