I am using DESeq2 to identify genes that are differentially expressed in mammalian tissue (n = 3 subjects) in response to 8 different treatments in culture. The PCA plot of the samples showed that gene expression was more variable between the biological replicates (subjects) than between treatments (see image below). This made sense biologically because the treatments were applied to subsamples from the same tissue samples from each animal. 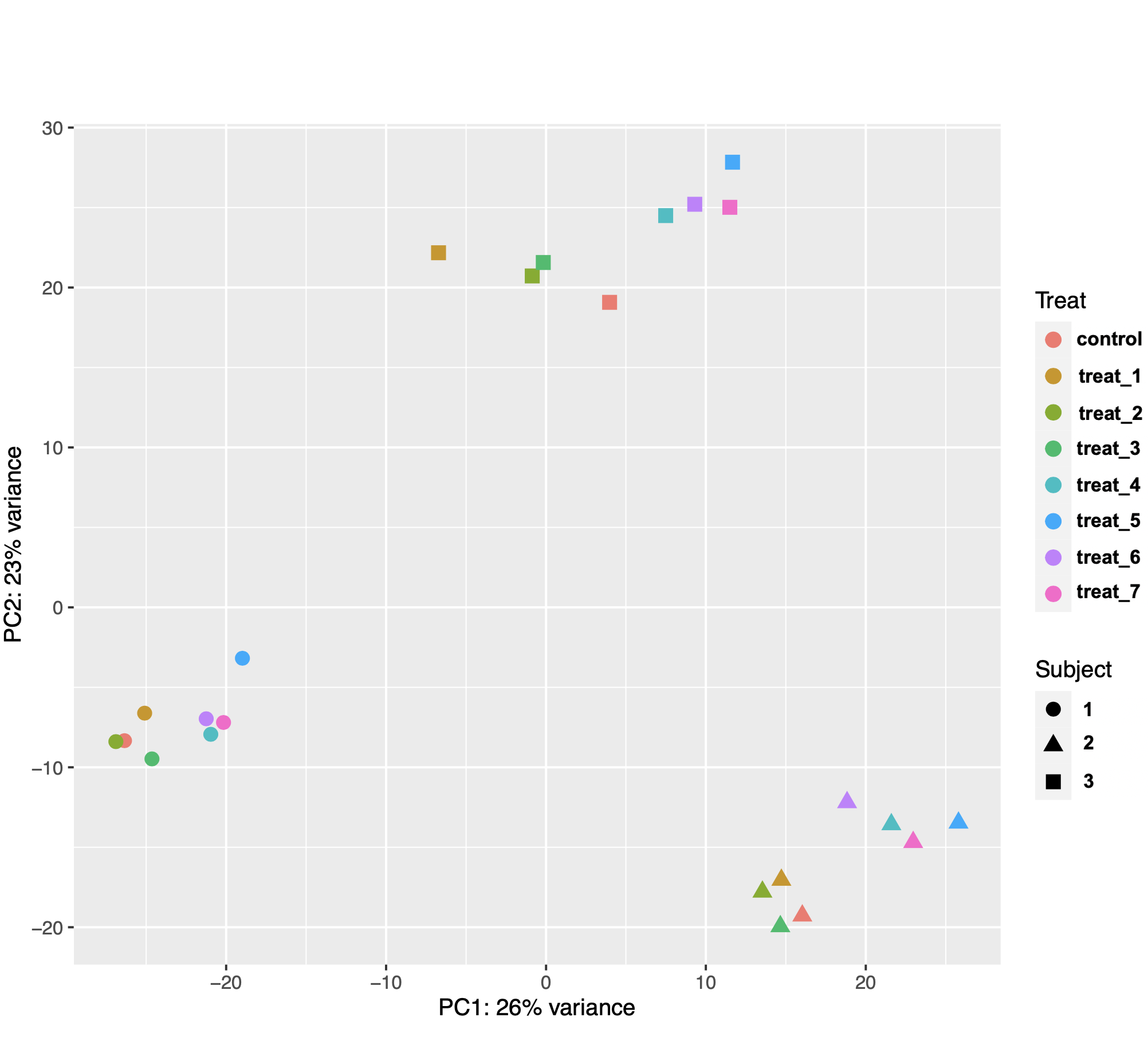 I then used the following model design with subject as the blocking factor: design = ~ Subject + Treat. However, after extracting results for my comparisons of interest, I noticed that the number of DEGs was not consistent with the distances between samples on the PCA plot. I know that the gene counts used for PCA are transformed and those used for DE analysis are not, but they still seem really weird.

I don't think what you are describing is a problem. I don't think you should expect much correspondence at all between what you can eyeball from that PC1 and PC2, and what the software,when correctly run, tells you.

Agree with swbarnes. The relative number of DEG can't be inferred from the PCA plot in the way you are suggesting.

I recommend looking at plotCounts per gene of interest if you want to investigate DEG results.

Thank you, I will do that!

I think I figured out the issue with DEG numbers for comparisons that were higher than what made sense to us biologically.

First of all, I was not using lfcShrink to shrink fold changes for genes that had very low or variable expression and thus could be removed from the analyses.

Second of all, for comparisons between conditions other than control, I was not releveling the contrasts. I assumed that although I set control as the reference level, I would still be able to compare let's say Treat7 to Treat 6 by running

However, when I set Treat6 as the reference level, I get a very different DEG list that makes a lot more biological sense. So it seems that releveling correctly is essential.

Releveling shouldn't have much change on the sum(res$padj < X, na.rm=TRUE) numbers. It does affect shrinkage, but if you see large changes in the simple adjusted p-values I'd like to know more. Could you post the code that demonstrates that releveling changes the padj < X numbers for a particular contrast?

I am getting totally different DEGs identified with each approach. Here is the code that I was using:

With control as reference level:

With treat_6 as reference level: 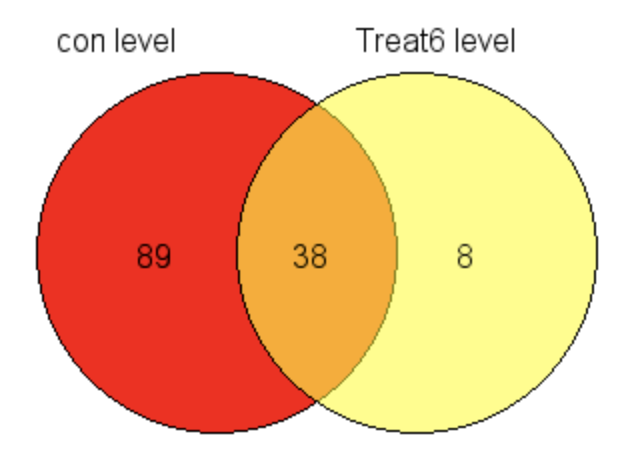 The difference could be due to one of the conditions having all zeros, which makes puts the LFC at the boundary of the parameter space (some of the LFC are then no longer finite). Then this would support your approach of releveling to treatment 6 for this contrast.

That makes sense, thank you!