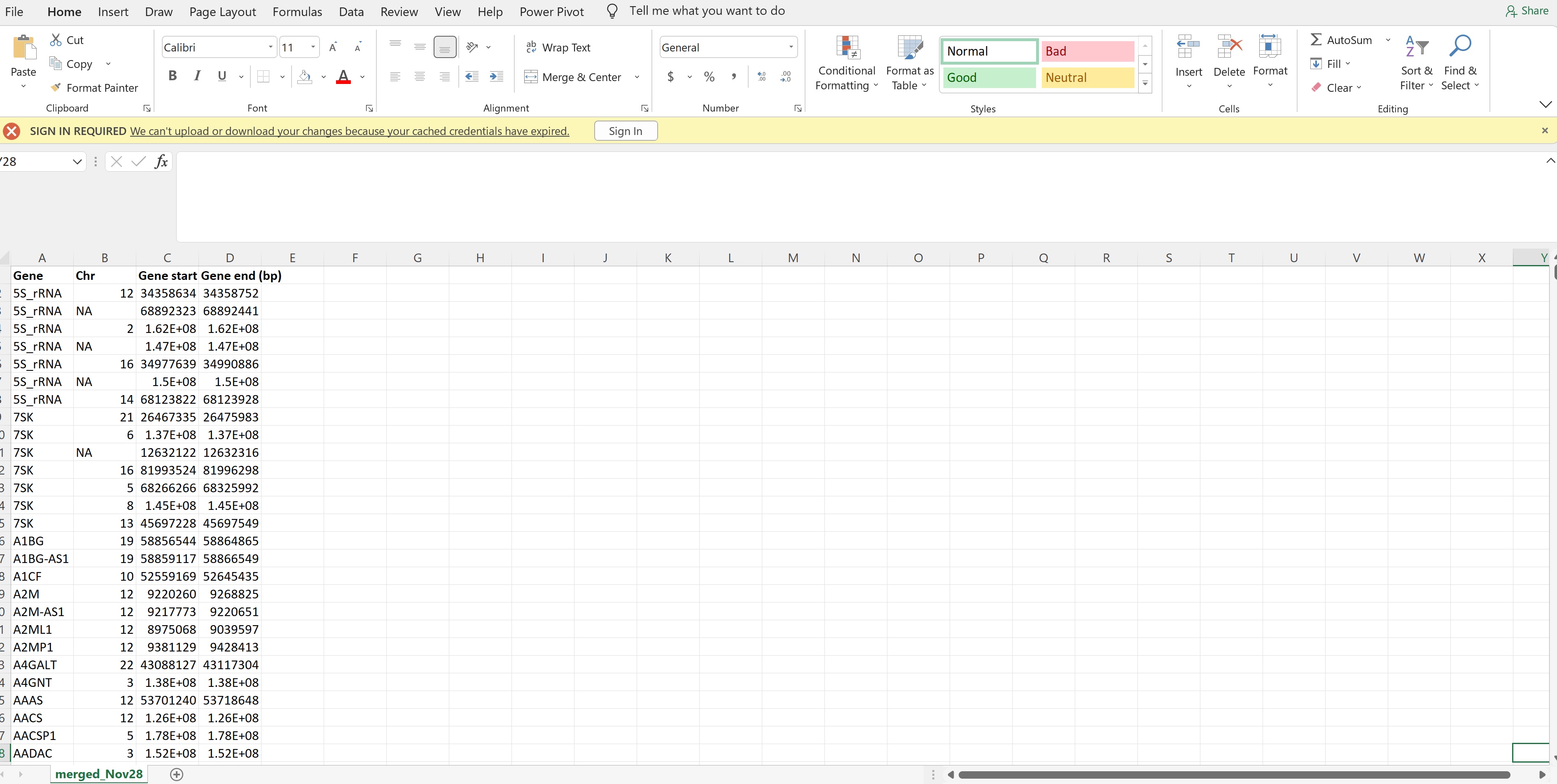 Some genes appear multiple times because there is evidence that they arise from multiple positions in the genome. If you are asking 'where are the genes located', and we think there are multiple locations for a given gene, you will get more than one position returned. For example, there are several genes that are found on both the X and Y chromosomes (true fact!). Plus there are any number of genes that are thought to be located on various haplotypes and unplaced scaffolds.

There are functions (like duplicated or unique) that can be used to subset that list to single positions. I would also imagine there are ways to do so in Excel, since it appears that's where you have the position data currently.

If you aren't wedded to Ensembl mappings, you could always use the Homo.sapiens package, which will by default exclude any gene(s) that are found in multiple places

OK thank James for explaining and providing this code. this is really helpful .