How can I statistically leverage the genes associated with this PC when they aren't differentially expressed in DESeq2? I've attached an image of the plot. 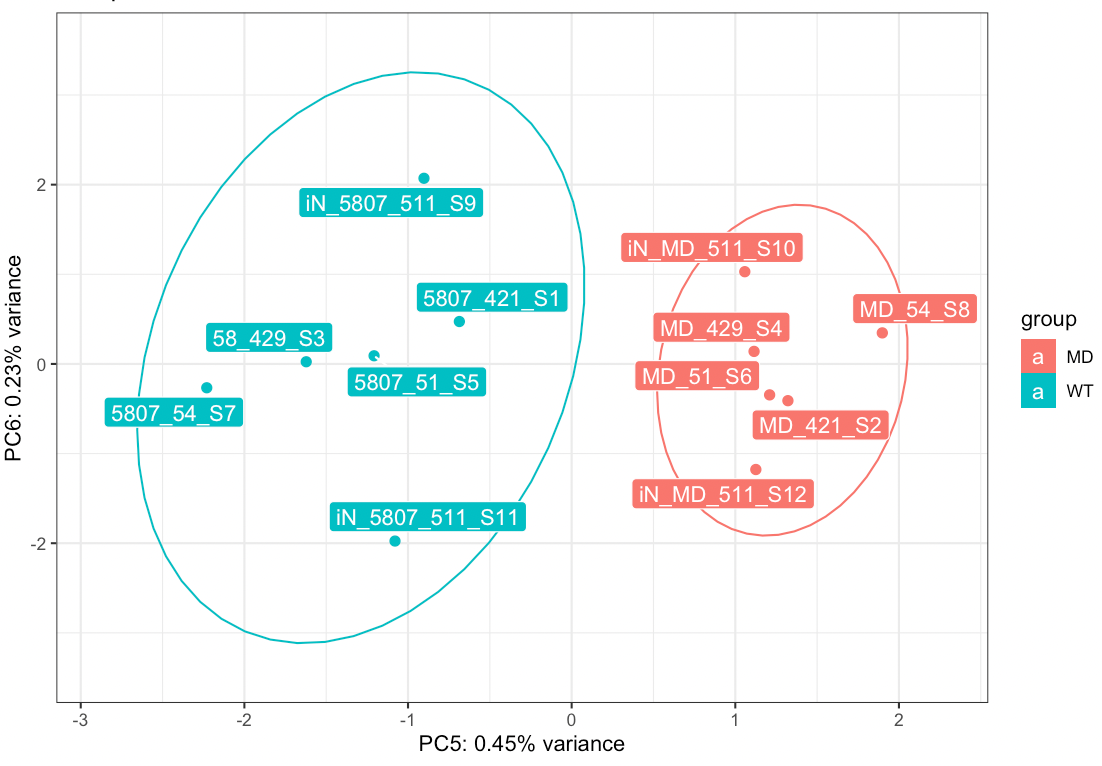 You could perform GO on the genes that contribute the most to the variation along PC5, but indeed there is very very small difference between disease and control samples. Have you tried to perform a GSEA ?

The conventional answer is to adjust for the batch and other unobserved variability in the linear model using e.g., a batch factor and likely additional surrogate variables (using svaseq from the sva package), presuming that batch is orthogonal to your variable of interest.

A GO analysis could be run on the genes responsible for the majority of the PC5 variation, but the truth is that there is barely any difference between diseased and healthy samples. basketball stars